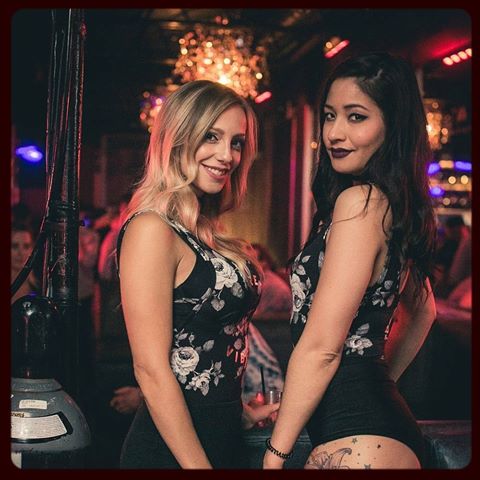 Montreal is known for its hot girls, but we know you. You want the best of the best. You’re coming to Montreal for the weekend so you might as well go for gold and hit on the hottest models in the city! We all know you can only hide your lack of personality with your wallet for so long, but luckily, these girls don’t care. They will gladly listen to your terrible pick up lines…if you have enough Dom P and Veuve around. Here’s 5 clubs to test your luck and try to pick up hot models:

This downtown supper club is known for looking like an underground forest and for its gorgeous wait staff. Just going to dinner with your buddies turns into an head turning event. It’s a good way to kick off the night and flirt with a girl that is being paid to laugh at your awful jokes. The real fun starts when the dinner service ends, the lights dim, and the place turns into a club. Due to how exclusive Sousbois is, the quality of girls is high and models know that big ballers come here. In our experience, the more bottles, the hotter the models.

One of the newer clubs on Montreal’s nightlife scene, opened in 2017, La Voute (French for “The Vault”) is currently one of the trendiest clubs in the city. It has massive lines every weekend, but with our connections we can get you right in and bring you straight to your table. Party girls would be an excellent addition (as they always are!) at La Voute as every model in Montreal wants a taste of this club.

An eatery by day and club by night, Bord’elle is teeming with hot girls once the clock strikes midnight. From model hot bartenders to acrobats swinging around the club, Bord’elle attracts plenty of talent. Be sure to at least put a nice shirt on because this club attracts the more upscale, well-dressed models. Sure, they may seem intimidatingly hot at first, but really they are fishing for compliments…

This 4,000 square foot club is located in the up and coming Griffintown neighborhood that’s well known to Instagram models that love to party. The models that come here love their fruity drinks, selfies, and anything shiny. Get bottles and you’ll soon have every girl that you awkwardly followed on social media swarming your table. Who knows maybe she’ll think your not a degenerate and she’ll feature you in her #IGStory…

Rouge has been in the game for over a decade so you. It brings in a younger French Canadian crowd. If you’re looking for trashier, model hot girls, then Rouge is a safe bet. While not as sophisticated as some of the other places on our list, Rouge makes up for it by being a great time and the friendliness of the girls. Getting a few bottles at Rouge will take you far and the whole club, including hot girls, will be at your table.