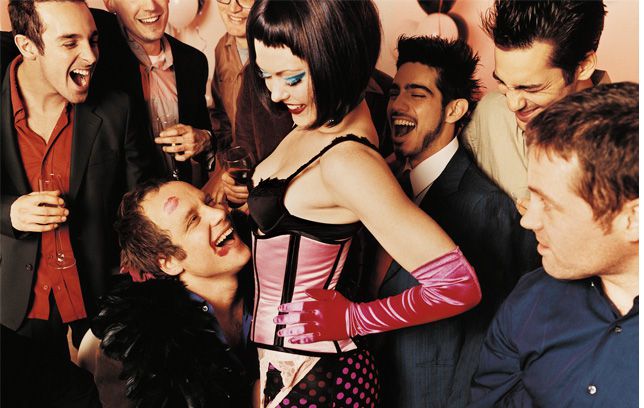 28 May How To Budget For A Bachelor Party

There’s nothing that can end friendships faster than an argument about money. Throw a bachelor party, a few other guys into the mix, and you have a real life Titanic on your hands. When you’re the guy in charge of planning and hounding the group for money, chances are you don’t know everyone in the group. It’s important to follow these three rules when budgeting for a bachelor party so you don’t end up being hated by the group:

We’re not making a political statement here, but dictators know how to make things happen. When you’re the one planning the bachelor party, you’re in control. It’s important to make sure the group’s interests are taken care of while looking out for your own. The beauty of this is you can sell the group on things you want while saying it’s for the good of the group. For example, you want a girl on girl show and you can take the angle that it will make the bachelor party more memorable. See how to do this? Get what you want, be a dictator.

Too Many Cooks In The Kitchen

Everyone has their own idea about what they want to see and do. Not enough bottles, too many shows, Matt’s girlfriend won’t let him come if you go to a strip club…Everyone has an opinion. If everyone in the group has input on every decision, nothing will get planned.

You’re the groomsman for a reason. The best way to get around this hassle is to not listen to the haters and don’t ask what people want. Instead, give them a predicted budget and itinerary for them to understand what the weekend is going to look like. You’ll be happy you did, that’s all that matters.

No one wants to be that guy hounding other guys, some you might not even know, for money during the bachelor party. It’s best to get an initial deposit from everyone before the weekend starts so you won’t be on the hook for most of the bill. Remember, Venmo is your friend…Repeat… Venmo is your best friend.