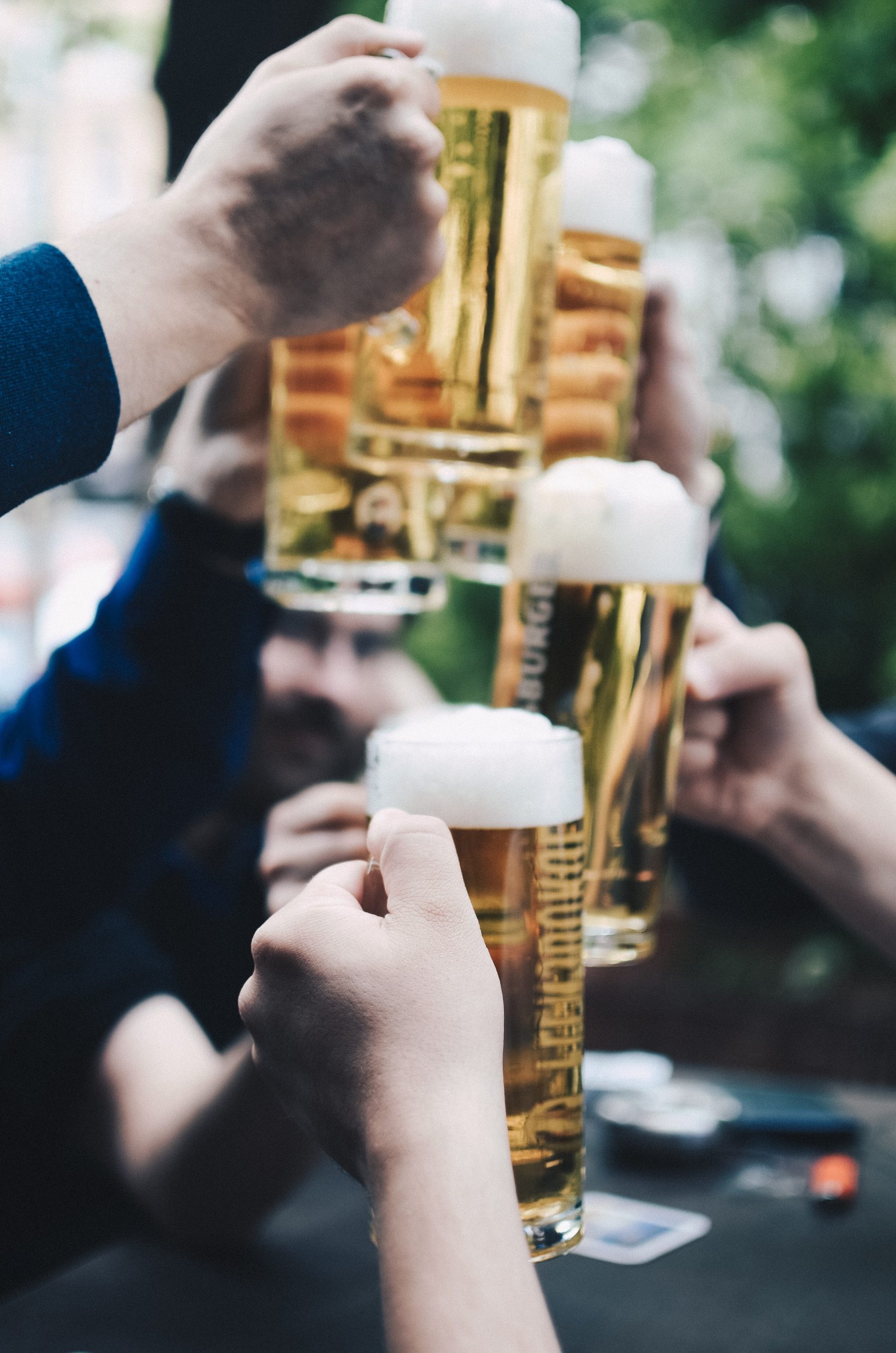 As long as alcohol has been around, people enjoy consuming booze at different hours during the day and night. The whole point of a bachelor party is to be as drunk as possible for as long as possible throughout the weekend. Montreal day drinking is a must. Although we have sadly bid farewell to summer 2018 and have already laid out the best day drinking bars in Old Montreal, here are 5 of our favorite fall drinking spots in Montreal:

If you are rolling with a group of beer snobs, Vices and Versa is the bar that you need to head to. With a dizzying selection of local Québec craft brews and hard to find European beers all written on a hipster approved chalkboard, the bar is a great place to kick back and relax with your crew. If you want some sophisticated eats with your regional beers, get the charcuterie and cheese plate. No better way to experience Montreal than being a classy drunk.

Much like Vices and Versa, Siboire offers delicious regional brews. They often rotate their beers every week so the selection is superb. What we like about Siboire and what they are known for is their beer flights. You can try up to 6 small sample sizes of the beers of your choosing. Pair this with their fish and chips while watching the Habs game on their giant flatscreen TVs.

This is a great Montreal day drinking spot! Across the street from Siboire is the shining star in Montreal’s craft beer scene. Dieu Du Ciel has consistently been ranked as one of the best breweries in Canada. They are known for their classic, freshly brewed Péché Mortal Bourbon, which has been voted one of best craft beers in the world. The only downside is that there food menu is lacking so grab some lunch ahead of time.

This a classic bachelor party spot and it is the perfect spot to kick off any drunken daytime adventure in Montreal. With its central downtown location right on Sherbrooke Street, it is a great bar to throw some party girls into the mix (We can also set up a college girl pub crawl if you want us to do the work for you!). Be sure to try their IPAs (Our favorite is their West Coast IPA). With its close location to all the universities, it’s ideal for meeting a few local hotties.

Le Sainte-Élisabeth is definitely a hidden gem. You might never find this place on a small street off of Saint-Catherine Street, but it’s well worth making the trip. It’s got something for everyone from your beer belly Bud Light drinkers to elegant, dressed up European beers like Delirium. It’s more of a down and dirty drinking spot compared to your fancier craft beer spots that we previously mentioned. A nice bonus is that the bartenders are hot, French Canadian girls. No better time to practice your 10th grade French after a few drinks.