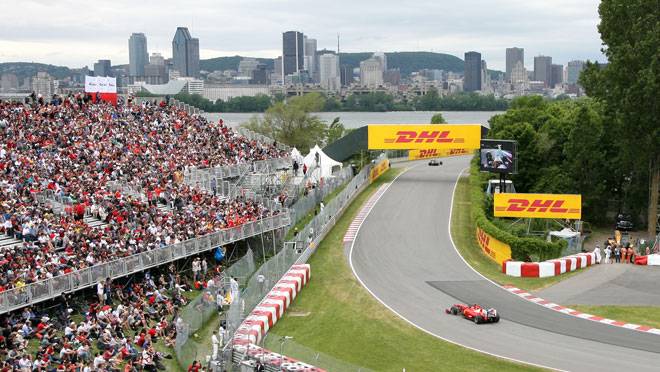 Grand Prix Weekend is always an exciting part of the summer event calendar, but we’d be lying if we said we weren’t glad it’s over. It’s a hazy weekend in our memories, jam packed with events, bottles, and models. We wouldn’t have it any other way. This edition of Grand Prix Weekend was especially crazy with some big ballers partying it up with us. Below is a recap of one group’s whirlwind weekend:

The group made quite the landing in Montreal, stumbling off of the plane and slurring their words for immigration officers, but their attention was quickly captured when the group was picked up in a party bus with strippers in tow. They put on quite the show for the guys. By the time they arrived at their house, everyone’s jaws were left wide open. That wasn’t all though. We had party girls and a fully stocked fridge waiting for the guys when they arrived.

The guys walked around the Crescent Street Festival that is set up every year for Grand Prix and they took in the sights of Montreal’s best “assets”. Before the weekend really kicked off, they already knew they made a great decision to come to Montreal.

After walking around all day, the guys were thirsty. Luckily, girls came over soon after to play beer pong with them…topless of course. Their shot percentage was awful, but who can blame them.

With a solid buzz going, the group made its way to Kamasutra, one of the Montreal’s best strip clubs. We walked them right in to their VIP section and many soon snuck off to get lap dances. They enjoyed the fact that the girls were hot and local, not girls with names like Anastasia.

To end the night, the guys had a table reservation at La Voute, one of the newest and hottest clubs in Montreal. There was a massive line when they arrived, but because they were with us, we took them straight in to their table. They had the entire club looking at them as they got over 10 bottles and soon had the attention of every bottle rat there. Well played.

The guys crawled out of bed, nursing crazy hangovers, but decided the best way to remedy the situation was keep the party going. We hooked them up with tickets to Peel Paddock, the best day party spot during Grand Prix. The guys were having so much fun they almost forgot about their steakhouse reservation they had on deck for the night…Almost.

At the steakhouse, they were personally greeted by the owner, who looked after them for the night. They chose some of the best wine and cuts of meat that the restaurant had to offer.

Like the night before, the guys closed the night out at a club, but this time at Bord’elle. The only difference was more more bottles and party girls, which is always a good idea.

The guys were ready to throw in the partying towel, but we’re revived by a Legs And Eggs show that immediately cured their now 3 day old hangover. Breakfast never looked…tasted so good.

They hung out most of the day, but made their way over to Sousbois for their dinner and table reservation. The guys loved the food, which was from a special set menu for the occasion.

To close out the weekend, the guys followed their tested formula of more bottles and models. Only this time, some of the drivers and their crew joined the group at their table. Needless to say, the after party lasted well into Monday morning.