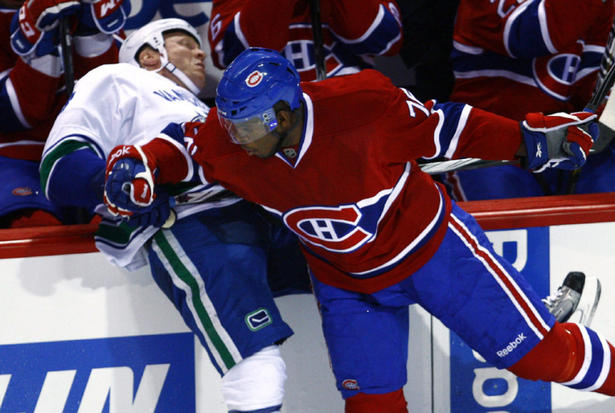 25 May Montreal Sports Teams: Check Out a Game

Posted at 14:09h in Bachelor Party, montreal by Oren

A great idea when in town for a bachelor party is to check out a Montreal sports team. Although the beloved Montreal Expos have moved (R.I.P.), there are still several great options to get your sports fix.

[image_frame width=300 height=201 pattern=”dotted” align=”right”]https://connectedmtl.com/wp-content/uploads/2012/05/montreal-canadians.jpg[/image_frame]When you think of Canada, you instantly think of hockey. As popular as you think hockey is in Canada, it’s even bigger in Montreal. When the Habs (French slang for the team) are playing, the city literally stops. It’s a really big deal here. Every restaurant, from the swankiest to the scummiest will have the game on. Going to a Canadiens game is a great experience that should not be missed. The atmosphere at a regular season game rivals the post-season atmosphere of any other team. If the Habs are fortunate enough to make the playoffs, it is an experience like no other. The hockey season runs from October-April and May/June if there are playoffs. Don’t expect tickets to be cheap, but you can get seats from scalpers starting at anywhere from $50-$100 on the low-end.

The Montreal Alouettes, or locally referred to as the Als, is our Canadian Football team (CFL). The CFL has different rules than the NFL and, while the level of play is not the same, it is a real blast to go to one of their games. Best of all, the CFL season runs during the summer so it’s sure to cure anyone’s football fix. The Als also play in a beautiful outdoor stadium overlooking Mount Royal which adds even more to the experience. Tickets for the game are also very affordable with prices starting at $25.

The Impact is Montreal’s soccer club. This is the first year that the Impact are in the MLS so it’s a great option for those diehard soccer fans. The Stadium where they play, Stade Saputo, is an outdoor Stadium located in the east end of town, next to the Olympic Stadium. Going to an Impact game is an exciting affair, if you consider soccer to be an exciting sport.

When coming into town with a large group of guys, it’s always an easy sell to check out one of the local sports teams. If you would like tickets to a game don’t hesitate and contact us. We have the best connections in town!