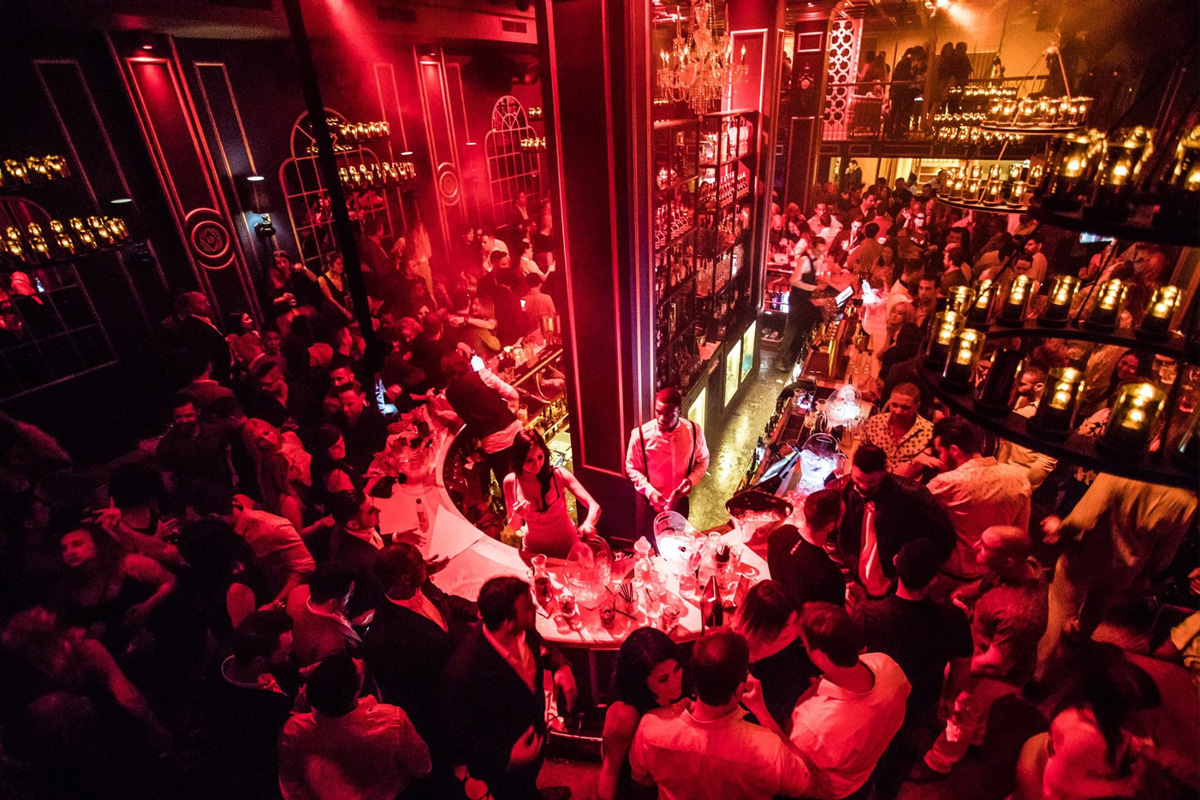 Supper clubs are found in other cities, but nowhere does supper clubs like Montreal. For those of you that have never heard of a Montreal supper club, they are eateries during the evening that turn into full blown nightclubs after dinner is served. They are consistently some of the best places in Montreal to party. How could they not be? With a great mix of delicious food, model hot girls, bottles, and the fact that you don’t even have to leave to go party, it’s no wonder reservations are nearly impossible to get. Luckily, with our connections, you won’t have that problem. Here’s the best Montreal supper clubs to check out in 2018:

Leading the resurgence of the Old Port, Bord’elle is a great option for a more sophisticated group. Modeled after a 1920’s speakeasy, the food is incredible. We recommend you try their Filet Mignon in a VSOP cognac glaze, but there is nothing we don’t like on the menu. Once the clock strikes midnight, Bord’elle comes alive and the champagne starts flowing. If you head to this club, be prepared for a rowdy time. It is one of the best places to party on Thursday nights and is a go to spot jump off point for our groups that think they can handle 3 massive nights of partying…To them, we say good luck. Bord’elle will give you all you can handle and than some!

Soubois, French for “Underground Forest”, is the perfect spot for those that care more about the scenery than the food. For starters, the space is unique and looks like you are surrounded by trees. It’s a nice touch, but you didn’t come for the interior design. The food is good, but their very hot waitresses steal the show. Consider it a practice round for you and your buddies to get warmed up talking to locals. Soubois is a solid spot on Friday, but is reliably great on Saturday.

Located down the street from Bord’elle in the Old Port, Flyjin is a smaller, more intimate supper club. Their menu was created by renowned, international chef Antonio Park. The miso black cod is to die for. Unfortunately, this club only works best with groups of 10 or less since anything above that, your group would be 10-20% capacity of the club. What club wants a good portion of their clientele that night to be guys? None. (Of course, we could always tip the scale in your favor if you bring along some party girls..)

This laid back, casual supper club is ideal for larger groups or for guys that don’t want something too fancy. It’s not as pretentious as some of the other supper clubs that were previously mentioned. It’s a great place to party with less crowds and is more relaxed. The crowd tends to skew a bit younger, which means hot, impressionable girls so we generally recommend Joverse for groups that are more budget conscious, but still want to ball out during their time in Montreal.